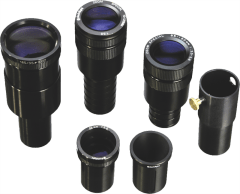 Dedolight’s “Imager” projection attachments are unusual in that they use interchangeable lenses, similar to those on an SLR camera. By choosing lenses with different focal lengths, you can produce patterns and effects (“gobos”) in a variety of angles and image sizes. These are high quality, heat-tolerant, metal-barreled lenses that can be switched out quickly, according to your needs.

Which lens you use depends on what size image you need. The standard lens, included in the DP1 projection kit, is the 85mm f/2.8. At a distance of 6½ feet (2m), this lens will project a 53″ (135cm) diameter image. On the other hand, if you wanted a much tighter beam, or you needed a greater throw distance, you can use the 185mm f/3.5 lens at that same distance could project a crisp 16″ (40cm) diameter circle.

“Smash His Camera!” – Capturing the Heyday of the Paparazzi 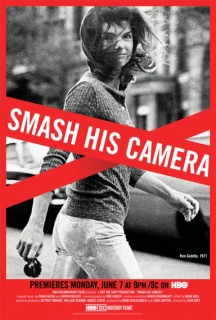 A few weeks ago, HBO began airing a 10-week series of independently-produced documentaries. I’ve seen the first three, and they are all superb–much credit is due to Sheila Nevins, president of HBO’s documentary division. Anyway, the first of the series is called Smash His Camera (directed by Leon Gast.) Its subject is Ron Galella, the celebrity photographer whose fame/notoriety began with his relentless pursuit of Jackie Kennedy.

You may not know Galella’s name, but he certainly became America’s first brand-name paparazzo. In the course of the documentary, there are numerous interviews with other photographers (among them Neil Leifer and Harry Benson), editors, columnists, and curators. Opinions on Galella and his work are all over the map. And Gast repeatedly uses clips from Federico Fellini’s La Dolce Vita, which was the first exposure most people had to the word “paparazzo.”

Early in my own career, I worked a lot for the AP, covering the full range of wire-service subjects: politics, sports, gangland murders, and ‘celebrities.’ I do hate that word, which has been defined over the years by many people (I don’t know who said it first, but it sounds like something from Dorothy Parker)  as “famous for being famous.” One of my colleagues in those late ’60s–early ’70s AP years was a man named Felice Quinto. Raspy-voiced, always smoking, and with lots of great stories in his heavily Italian-accented English, Quinto was a fine photographer, never afraid to wade right into the scrum of a breaking news event. Early on, I remember being told that he was in fact the role model for Paparazzo, the star-hunting photographer in La Dolce Vita.

END_OF_DOCUMENT_TOKEN_TO_BE_REPLACED

A Brief Bulletin… on Bulletin Boards

It’s interesting that even in an era where ‘social media’ seems to dominate communications, the community bulletin board survives and is as useful as ever. Is there a laundromat or college dorm anywhere without one? (Actually, not having been in either in a long, long time, I don’t know.) The bulletin board preceded CraigsList, and shows no signs of obsolescence anytime soon.

On my last trip to London, I wanted to have a look at some of the areas that have been transformed by immigration in the past decade or so. One of them is Whitechapel, home to a large East Asian population. Click on the photo to have a closer look. 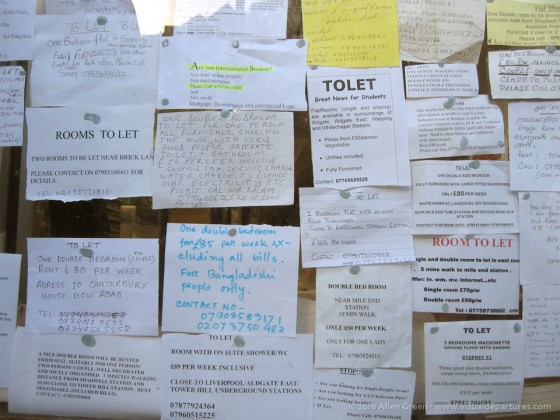 I’ll be posting more photos in the next few weeks (including some real classics), so be sure to subscribe to our Flickr and Facebook pages so you don’t miss them!