The price of gas certainly isn’t what it used to be. But the next time you find yourself startled at the pump, try to imagine what went through my head, as an American on long-term assignment in Cairo, when I looked up and saw this back in 1977: 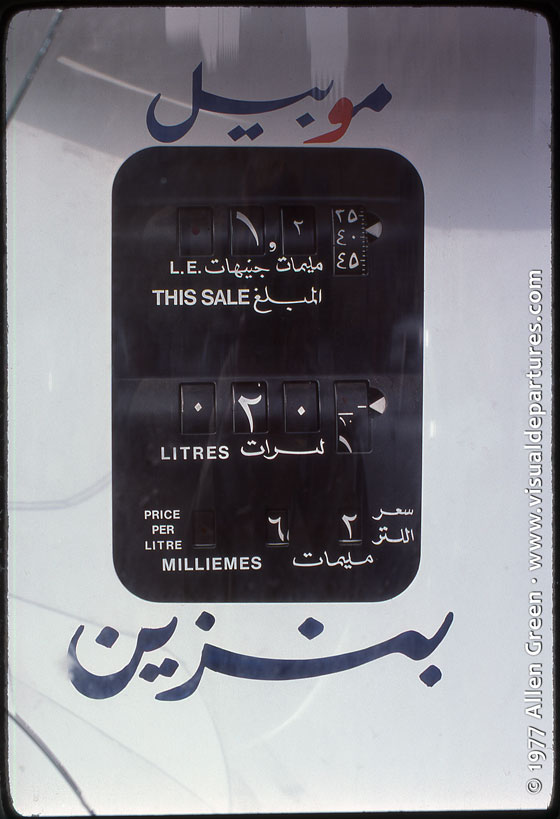 Edwin Newman: Newsman and Defender of the English Language

Watching NBC Nightly News last evening, I learned of the death, in England at age 91, of Edwin Newman. Whether or not his name rings a bell will have have much to do with your age. Mr. Newman was certainly a great NBC newsman, in roles as diverse as Today show anchor, drama critic, foreign bureau chief, and moderator of presidential debates.

But just as importantly, at least for me, he was a strong defender of the English language and its correct usage, both spoken and in print. In reading the New York Times obituary, I saw that his first job in journalism was as a “dictation boy” in the Washington bureau of one of the wire services. That resonated for me, since my first New York broadcast news job was as a “copy boy” at NBC News. They called us “desk assistants,” but copy boys is what we were – clearing the AP and UPI teleprinters, running for coffee, answering phones, being as helpful as we could without getting in the way, and being paid 60 dollars a week in the process. Of course, in those days of the early ’60s, that meant I could afford my own apartment.

Edwin Newman was one of the people I delivered copy to during the few months I worked at NBC, before moving to CBS where I stayed for several years, eventually directing a number of broadcasts. Long after I left broadcast news for print photojournalism, I shot many cover stories for the magazine Saturday Review, and one of them, in 1975, was on Edwin Newman. 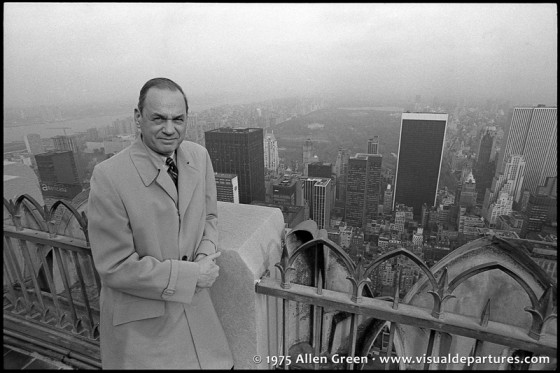 I photographed him for the cover on the observation deck of 30 Rockefeller Plaza, then (as now) the headquarters of NBC News. We probably were together, at various locations, for no more than a couple of hours, but I do remember that we talked mostly about his love of words and the books he had published and was currently working on. His earliest experiences, starting at the lowest possible rung of the journalism ladder, were still important memories for him; and as I write this, I can absolutely remember the look and feel of the NBC newsroom, on the 5th floor at 30 Rock. Everyone wore suits and ties (it was an overwhelmingly male environment), and most smoked. And when I was sent to chase down an errant writer or reporter, the first place to look was Hurley’s bar, downstairs at the corner of Sixth Avenue and 49th Street (also known at ‘Studio 1H’).

Now, Hurley’s is long gone, and there are network correspondents on the air every night who have no memory of Edwin Newman. Take the time to read his obituary, and look for his books at the library or at Amazon

Duck And Cover! or: How to Photograph an Atomic Bomb

The Science section in today’s New York Times has a fascinating article that immediately took me back about 60 years, and focuses on an area of documentary photography that prematurely ended the lives of many photographers involved in that work. Between 1946 and 1962, the U.S. carried out hundreds of atmospheric tests of nuclear weapons, at sites in the South Pacific and in Nevada. I used to see newsreel footage of some of these events but never gave much thought to the photographers who recorded the tests and what happened as a result in their own lives. I also remember that detachments of U.S. troops were made to witness some of the tests so that the effects on humans could be measured. For all I know, there may have been volunteers (Men, we’ve got a special assignment… who wants an extra weekend pass?)

In the Times piece, a lot of credit is given to a 2006 book, How To Photograph an Atomic Bomb, by Peter Kuran, a special-effects filmmaker in Hollywood. There’s no point in my recapping the article, since we’ve given you the link, but I remember that era very vividly. I had just started elementary school in 1947, and, along with inkwells in our desks (that had to be filled after school by boys who had misbehaved during the day) and blackboard erasers that had to be cleaned (by those same boys), the “Duck and Cover” routine was a part of school. We were actually made to believe that if we immediately got under our wooden desks and put our crossed our arms over our heads, we’d be safe from injury.

Long before the letters “CD” came to represent “compact disc” or “certificate of deposit,” there was Civil Defense, which was where Duck and Cover and fallout shelters came from. I know that in certain parts of New York City, there are buildings that still have the yellow and black signs letting the public know that these shelters are to be found inside. They’re just about as comforting as the signs along coastal highways that denote “Evacuation Route” (yes, we’ll just be calm and orderly as tidal waves race toward us at twice the speed we’re traveling, if we’re moving at all.) 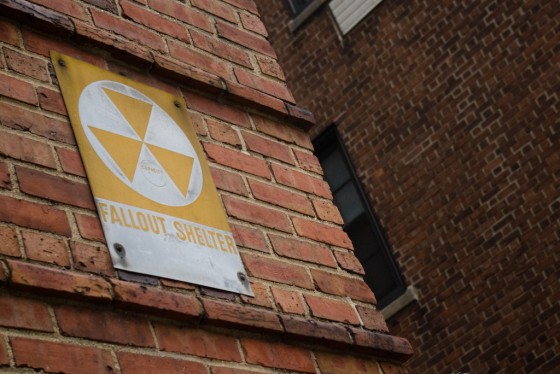 Anyway, take the time to read the New York Times article and watch the YouTube video before you call in any nuclear strikes.