As we wind down 2010, everyone seems to be searching for unique gifts and stocking stuffers for the holidays. As the distributors of quite a few unusual photographic products, we can offer a few suggestions. If you’ve got a friend who’s into photography (or just want to get something nice for yourself) read on for some ideas…

One of the most popular blogs for photographers, www.Strobist.com is a great place to learn to use off-camera flash techniques. Using gels on multiple strobe units can create some really striking lighting effects. David Hobby, the founder of Strobist.com, spoke with our friends at Rosco labs about packaging some of their most useful gels for “strobists” pre-cut to fit precisely over a standard strobe unit. These 55 pieces of filter come in a convenient clamshell case that fits into any pocket or camera bag; all you need is a piece of tape to hold them in place…

(Contact us to find your local dealer, or shop for the Strobist Collection online.)

Gaffer tape is a wonderful thing. It may be the most useful thing on a set, next to the camera itself (and the photographer.) The problem is, it’s HUGE! A roll of gaffer tape can easily weigh more than your camera. A while back, we noticed how ridiculous that was and invented microGAFFER. It’s identical to professional gaffer tape, but fits in your pocket (or camera bag; or glove compartment.)

(Contact us to find your local dealer, or shop for microGAFFER tape online.)

We love, love, love LitePad. The 3″ circular LitePad is thin, lightweight, and can be powered by your choice of a wall outlet, your car’s cigarette lighter adapter, or (best of all) AA batteries. Being able to take a daylight-balanced light source anywhere (along with your imaging tool of choice, be it camera or iPhone) makes it possible to capture all kinds of wonderful photos from daily life.

(Contact us to find your local dealer, or shop for the 3″ circular LitePad or LitePad AA battery pack online.)

While the standard three-pound Steadybag is a bit too big to fit in a standard stocking, the half-pound, 7″x5.25″ Steadybag Junior is perfect. And it’s perfect for supporting any point-and-shoot camera, allowing you to use longer exposure times and lower ISO settings — which means less noise in your shots. It lasts for years (unlike a beanbag), comes in three great colors (again: unlike a beanbag), doesn’t attract insects or mice (absolutely not like a beanbag), and sets up in about one second.

(Contact us to find your local dealer, or shop for the Steadybag Junior online.)

If you’re still stuck on just what to get for that special someone, give us a call! We can make recommendations for just about any type of photographer or filmmaker, young or old, amateur or professional.

Meet the Granddaddy of the Hipstamatic iPhone App: The Polaroid Land Camera

I was really pleased recently to see a small article by Kevin Sintumuang in The Wall Street Journal that began this way – “Pre-Facebook, pre-Flickr, pre-You’ve Got Mail!, there was a simpler way of sharing photos: instant film.” 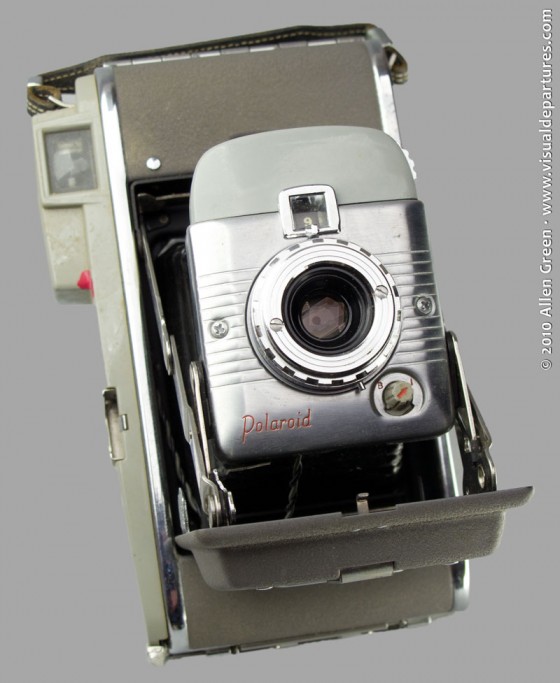 He was writing about Polaroid, whose products we had believed disappeared by 2008. But thanks to the Netherlands-based Impossible Project, old Polaroid cameras are being refurbished and, on an experimental basis, Polaroid film is being re-created. At the same time, FujiFilm is producing instant cameras and film. 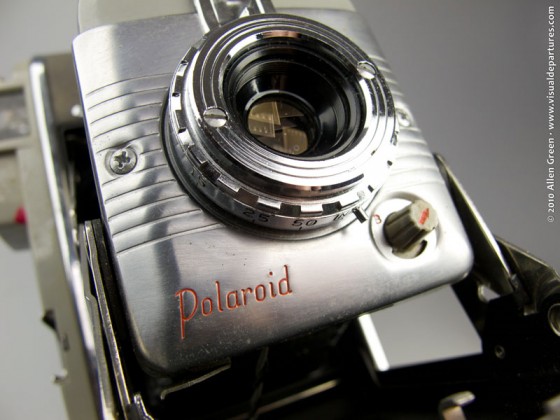 That sent me to my shelves of obsolete gear, where I retrieved the original Polaroid camera that my father had bought in the early 1950s. It’s the Model 80 Highlander. Taking it out of the original box brought back a lot of memories about just how revolutionary the Polaroid experience was. The original manual was still with the camera, and I’ve scanned some of the pages so you can get a feel for learning a new piece of technology in the years before a point-and-shoot camera came with 100+ pages of instructions. There’s a lot of information about old Polaroid models on the internet, and it’s interesting that with iPhone apps like Hipstamatic, there’s so much interest in taking the quality out of your pictures. Still, for two dollars or so, there’s no great harm done. I’ll probably do it myself. 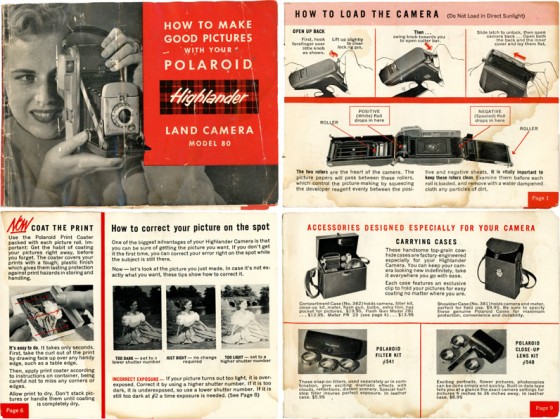 Jane Fonda at the Chelsea Hotel

Back in October, the AP wire carried a story about the possible sale of New York’s Chelsea Hotel. Located on West 23rd Street, the Chelsea may not be as well known as the Plaza or the Waldorf-Astoria, but its history is filled with the names of a lot of artists who called it home since it was built in 1883. 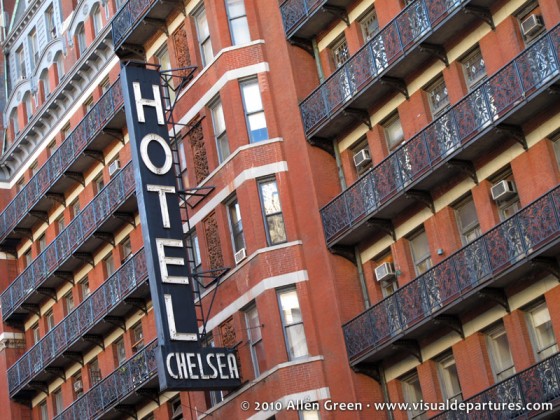 It’s an elegant structure, built in the Queen Anne style, with a mix of transient rooms and residential units, and here are a few of the artists who have lived there for varying lengths of time – Bob Dylan, Andy Warhol, Marilyn Monroe, Jimi Hendrix, R. Crumb, Dylan Thomas – you get the picture. It’s also where, in 1978, the girlfriend of Sex Pistols bassist Sid Vicious was stabbed to death. Now the family that has owned the hotel for 65 years has put it up for sale, and The New York Times reports that the price is expected to be in the range of $100 million.

The only reason that I’m writing this, though, is my one connection with the Chelsea –

During the Vietnam War in the early ‘70s, an anti-war theatrical troupe toured the U.S., Canada, and a lot of military bases. It was called F.T.A. On one level, those letters stood for ‘Free The Army,’ but in reality it was ‘F*** The Army’. Its most famous performers were Donald Sutherland and Jane Fonda, and on assignment for a German magazine, I met them on a rainy night as they arrived at LaGuardia Airport and spent the next three days and nights with them in NYC.

They all stayed at the Chelsea, and I thought this photo of Jane, then in her early thirties, in her room at the Chelsea Hotel deserved another look. If you do a search of FTA and Jane Fonda, you’ll find a great deal of information about those days, and  a lot of anger still directed at “Hanoi Jane.” 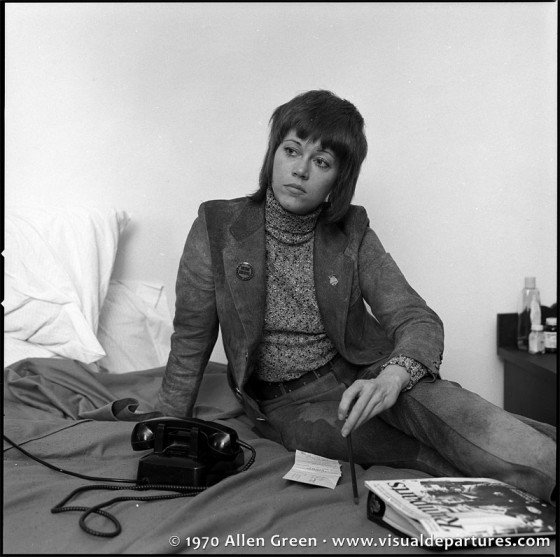 The last bit of  trivia tied to all this – a few years ago, my wife and I were invited to an arts benefit and performance in New York. Waiting to enter, I saw that we were standing next to Jane and her husband, so I began a short conversation with the cliché ‘…I know you won’t remember me …’ and of course she didn’t, until I mentioned F.T.A., the magazine piece, and the time we had all spent together at the theater and the Chelsea Hotel. Then it all came back to her, and to me, and she reminded me of things from those days that I had forgotten.