While at NAB, I spent some time with Bob Salomon at the HP Marketing booth. The company has been around a long time and is well-known as the distributor for Novoflex and for Heliopan filters, among other quality products. I’ll be writing about some of them in coming posts. But at the top of my list was borrowing Heliopan’s Vario ND filter. 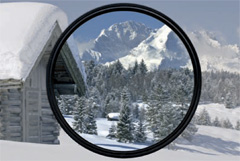 In an earlier post, I wrote about using filters with the Canon G-series camera, using the adapter that Canon makes (and which too few photographers knew about until recently). So when our Northern California sales rep, Bill Hodges, sent me a press release about the Heliopan filter, I knew I had to get a sample for a field test.

The primary use of NDs is to allow greater control of depth-of-field, particularly in the field and in strong light. They are also essential if you’re looking to shoot subjects like moving water and need longer shutter speeds. So the idea of being able to ‘dial in’ the exact amount of ND without carrying a wide range of filters (and having to change them in the field) has great appeal. So stay tuned — I’ve got the filter in a 58mm screw-in, with plans to shoot some tests in the next couple of weeks. I’ll post the results.

Here’s one that seems to be purely for Las Vegas locals — the Pinball Hall of Fame Museum. Located off The Strip, it’s a warehouse-like space with what seem to be more than 100 working machines from the 50’s (my era) to the 90’s. All the machines work and the price per play ranges from a quarter to 50 cents. Just as important, the Hall of Fame is operated as a non-profit and makes significant contributions to local charities like the Salvation Army. 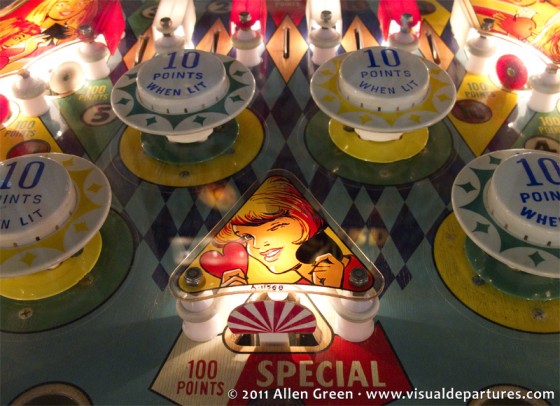 I grew up playing pinball, and I’m sure I put a lot of nickels into many of these same machines. Back then, pinball was very much a male recreation. Just how much so is clear if you look at the graphics on the ‘back glass’ and on the playing surface. Another reason to have my Canon G11 with me at all times. No efforts at apologies, those were different times. Thanks here again to my son for a ‘find’ that he knew we would both enjoy.

By the way, we made a return visit on Sunday, with Russ Carswell (VDL’s Sales Director), and once he saw they had Track & Field, the arcade addiction of his earlier years, it was ‘Game Over.’ Tim and I could have left him there and come back hours later without being missed. 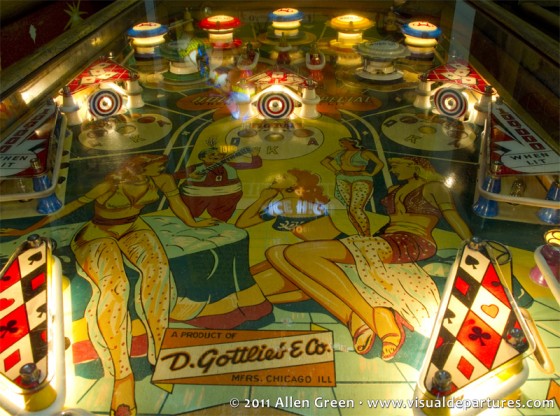