Jock Pottle and I first met nearly 35 years ago, when he had recently arrived in New York and was beginning his career as a photographer. He was my assistant for years, became a very close friend and went on to build a career as a very successful architectural photographer, which he is to this day.

A number of years ago, Jock began working in another area of visual artistry that has resulted in a body of work that is absolutely unique and truly wonderful. As I write this, a solo show of his work has just opened at the Jim Kempner Fine Art gallery in New York at Tenth Avenue and 23rd Street — in the shadow of the High Line. The weather was decidedly miserable for the opening, but the gallery was packed.

These images will give you some idea of what he’s been up to, but I really want you to spend some time at his web site www.diggingman.com. In particular, read the short bio he’s posted — that will give you an idea of where the ideas behind the work have come from. And when you look at these images, don’t for a moment think that you can absorb it all in one quick look. 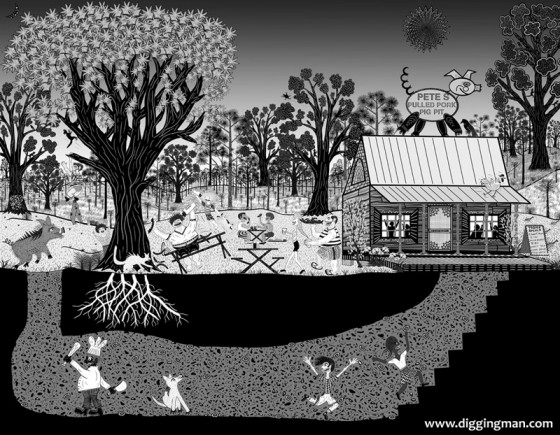 On the other hand, Jock’s talents as a shooter are no small matter, either. He’s perhaps the best photographer in the U.S. of architectural models, which themselves can cost a small fortune to make. Sometimes the models are brought to his studio; on other occasions he has to travel to do the photography because the subjects are just too big and complex to be shipped. This area of photography is every bit as complex as food or still life imaging, and a look through his portfolio shows that he’s a master at lighting. It’s also very nice that on the web site Jock lists a number of top tier model builders… you never know. 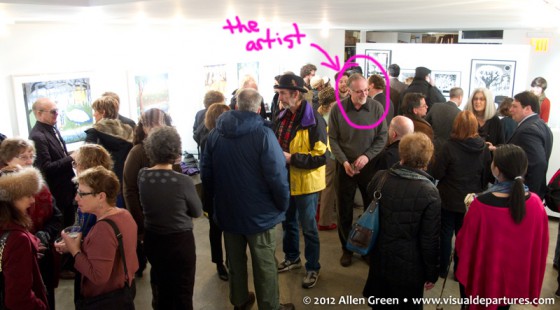