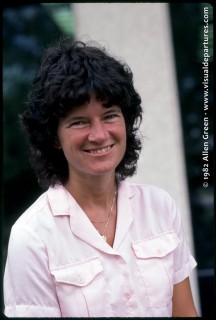 Twenty-nine years ago today, I was at NASA in Houston, to photograph and interview Sally Ride for a Japanese science magazine. About a month before, she had become America’s first woman (aboard the shuttle Challenger) to fly in space. This week brought the news of her death, at 61, from cancer.

For several years, I had covered the U.S. space program, and not just the shuttle, for a number of publications. It meant trips to Houston, the Kennedy Space Center, JPL, and other venues. Dr. Ride had joined NASA as a scientist, but still had to acquire the range of skills and train in all the disciplines required to be fully engaged as a member of the shuttle’s crew. Her obituary in The New York Times is well worth reading, including the account of the press conference questions she was asked that were more about her sex than what she hoped to contribute as a physicist. 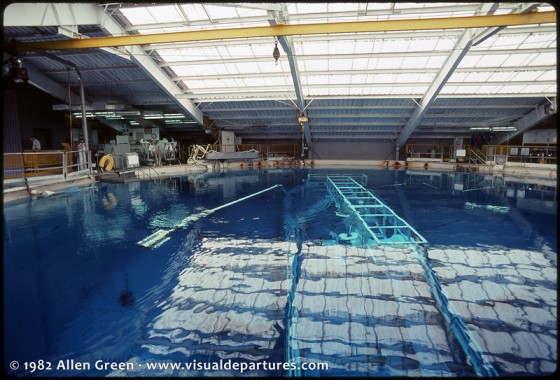 By the way, one of the most fascinating assignments in covering the shuttle program was a trip to NASA’s Marshall Space Flight Center in Huntsville, Alabama. It’s there that astronauts who had to work outside the shuttle and now the International Space Station during Extra-Vehicular Activity (translation: nothing but a tether between you and a billion miles of space) learn to handle the tools and equipment they’ll need to carry out experiments as well as maintain and repair the craft. 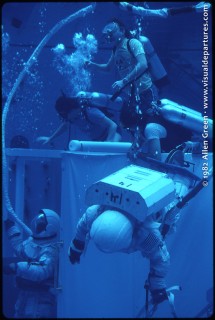 The training is done using a full-size mockup of the shuttle submerged in what had to be the world’s largest swimming pool, at least until Dubai’s hotel builders came on the scene. Accompanied by NASA divers, but working in watertight space suits, astronauts rehearse all the tasks of an upcoming mission.

Back to Sally Ride, though, and the event that capped a very long day —

I flew back to New York late that afternoon, and after dropping off my gear went straight to the Lenox Hill Neighborhood House. Homelessness was a major problem in New York at the time, and a number of churches on the Upper East Side of Manhattan had committed to providing volunteers to shepherd a group of about 40 homeless women who slept each night at the Lenox Hill facility. I was one of the scheduled volunteers and spent a very long night looking after women whose lives were at the very opposite end of the spectrum from that of Sally Ride. Some slept, others muttered and ranted, and there were a few who just wanted to talk about how poorly life had treated them. 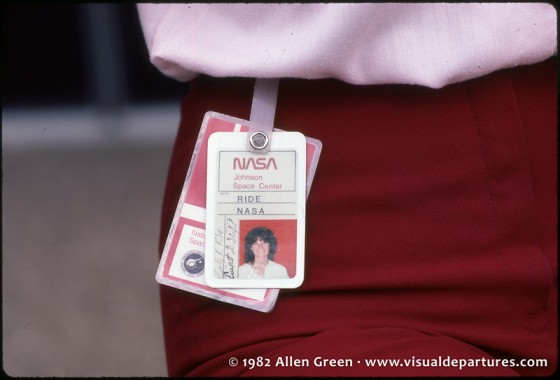 I went home later and slept for the rest of the day. Spending a morning with Sally Ride was a great assignment, but what closed out the day made those 24 hours much more remarkable. 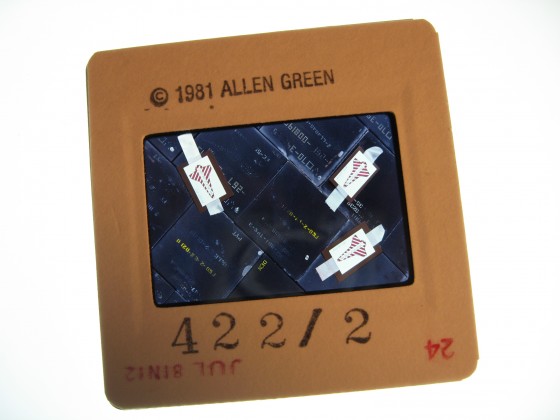 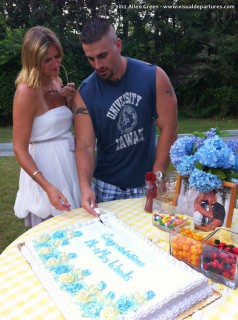 Everywhere you turn these days, it seems the majority of snapshots (and sometimes more serious photographic projects) are being taken with camera phones. That trend is not going to reverse anytime soon.This past weekend, months after my niece, Jen and her husband, Carl,  eloped and got married in Las Vegas, the newlyweds threw a party. As you’d imagine, lots of pictures were taken;  my quick and unscientific count showed a 7-to-1 ratio of phones to cameras (hence this blog’s title).

Last Thursday, David Pogue’s New York Times column, State of the Art, was headlined: Tiny Camera To Rival The Pros. Pogue may not make his living as a professional  photographer, but he is a great writer, on-camera talent and interpreter of trends in technology. The object of his affection in this particular column is Sony’s new DSC-RX100, which he calls “the best pocket camera ever made.” Read the review for yourself and go on to look at the sample pictures.

I’ve been a big fan, and user, of the Canon G-series for a lot of years. My G11 delivers great images, some of which have gone to double-page spreads. The only thing that has kept me from acquiring the new Canon G1X is the loss of the same degree of macro capability I’ve been used to. But that’s a consequence of the vastly larger imaging chip in the G1X. Every feature seems to have its price. Somehow, according to David Pogue, the new Sony camera can focus from 2 inches. Coupled with a Zeiss f/1.8 lens, this may be the next big purchase. 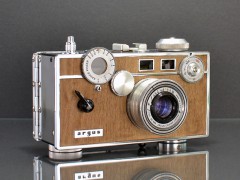 Meanwhile, The Wall Street Journal’s Weekend Edition did a feature on 50 summer essentials. Number 48, cited by Lucas Allen Buck, CEO and co-founder of the maker of Hipstamatic, is a vintage Argus C3 camera wrapped in wood.

If you have $1850, just go to:  www.store.ilottvintage.com and beat Mr. Buck to the punch. Or, save a whole lot of money and send me $650 and I’ll send you my C3 (minus the wood, but still a very cool object). And if you do, I’ll get the new Sony camera for those times that my iPhone just won’t do. 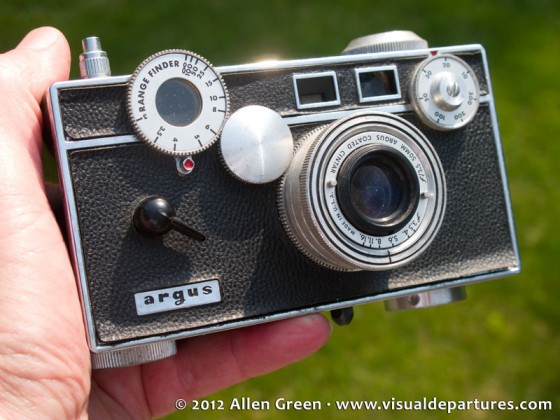