George McGovern (and Walter Cronkite) at the 1972 Democratic Convention 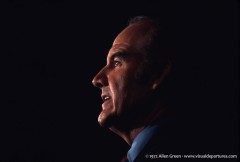 So here we are, at the very end of a presidential election campaign which, whatever its outcome, is the most bitter in my memory. And at the same time comes word of the death of George McGovern, the Democratic nominee from the 1972 race. A highly-decorated WWII bomber pilot, and later a U.S. Senator from South Dakota, McGovern’s loss to Richard Nixon in ’72 was by an enormous margin, in part due to their opposing views on the Vietnam War.

I was in Miami for the Democratic Convention. There was a lot of confrontation, both in the streets (over the war) and in the convention center (over various candidates). There was much support for George Wallace, the Alabama governor and segregationist who had survived an assassination attempt earlier that year and addressed the convention from a wheelchair. But in the end it was McGovern and his running-mate, Thomas Eagleton who stood on the podium as the nominees. Eagleton soon left the ticket, after the disclosure of his previous electroshock treatments for depression. 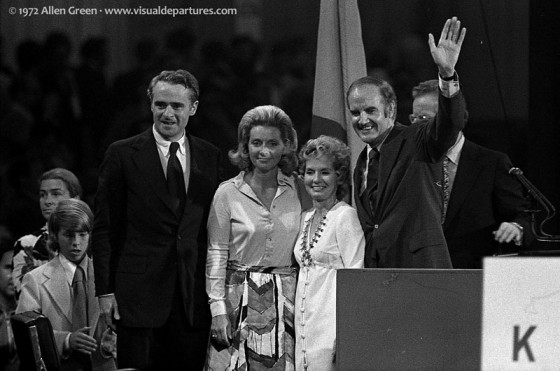 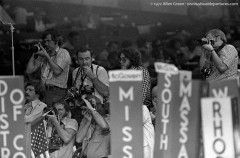 The gear that I and others in the press corps used to cover the convention, along with a great many rolls of Tri-X, is part of ancient photographic history now; I don’t think I had a lens longer than 200mm on my Nikon Fs. But looking through my files for the McGovern images, I came across a few frames that I had never printed before – Walter Cronkite in the CBS News ‘skybox’ from which he anchored the network’s total coverage of the convention. Thought I’d include one for those of you who remember him and the days when the three networks’ coverage were all the video options available.

Mister, Please Take My Picture (with the President)

First of all: this is not about politics. That out of the way, one of the interesting moments in last night’s coverage of the second presidential debate at Hofstra University came post-debate, while the candidates were milling about with the invited guests and at least an equal number of Secret Service personnel.

The president’s personal photographer, Pete Souza, was doing his job, but people kept giving him their point-and-shoot cameras and asking him to take a picture of them with the president. I’m certain that very few (if any) of them knew Pete’s name or what his job is. I was watching NBC’s post-debate coverage at the time, paused my DVR’s recording and made this image. That’s Pete on the left, handing back one person’s camera, while another waits, camera in hand, to ask the same favor. 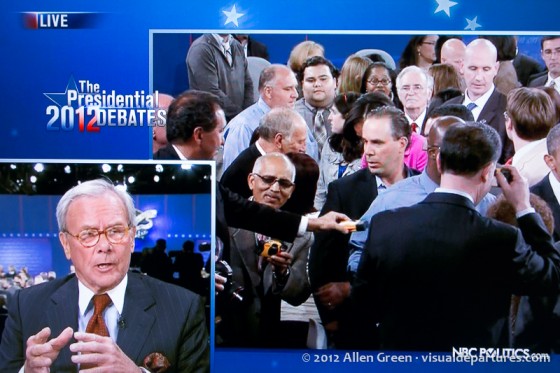 Just one of those little bits of behind-the-scenes trivia you might enjoy. Pete Souza, whose official title is Chief Official White House Photographer, was the subject of a PBS/National Geographic special, The President’s Photographer, that is a must-see for photographers. 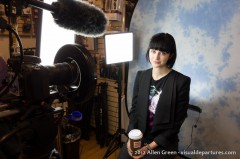 I spent this past Thursday afternoon at the Adorama store in New York City, meeting photographers (both still and video) and introducing them to Rosco’s LitePad and Loop products. In case you haven’t heard, LitePad Loop is the recently-introduced ring light version of Rosco’s popular LitePad LED diffused lighting source.

Much of Adorama’s Pro Imaging Department was lit with the Rosco products in a range of sizes, and they had brought in a model so everyone could see for themselves how effective LitePad can be for both portraiture and still-life work. 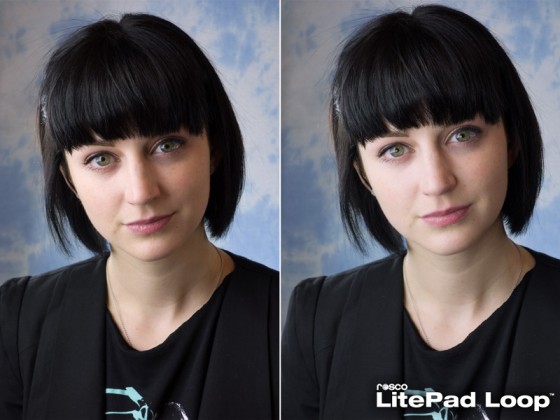