Making the Photograph Is Only the Beginning

I’ve recently been getting ready to show a group of images that are completely different from my first 40+ years as a photojournalist. It’s pretty easy to standardize on matting and framing prints when the subject matter is politics, or conflict, or urban life, particularly if the work is black-and-white. In the pre-digital era, I had a wonderful darkroom and I made many of my own B&W prints (others were printed in the labs of the magazines I worked for). As for color, virtually all of that work was directly for publication. 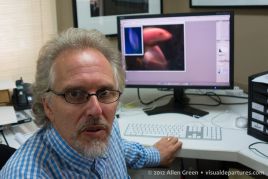 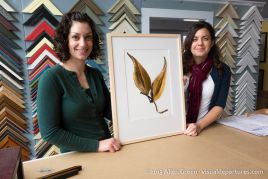 But since I now shoot digitally (big thanks to Nikon’s D800), and my current work is firmly in the fine arts category, the printing and framing of my photographs is much more critical. I could spend years learning the craft of printing at the same level with which (I believe) I create the images. But through colleagues I met Bob Korn, who lives and works in Orleans, MA, on Cape Cod — just across the water from my home on Martha’s Vineyard. Bob works with a number of great shooters, and it’s a true collaboration – we see each other regularly and I’ve learned enough about getting files to him via FTP to make the process work easily. Have a look at his site and see for yourself. Bob also teaches and runs workshops. His prints are superb, and he also scans my images from my film archives. This is a resource you need to know about.

Also key to the process is choosing a framer. I’m lucky to have found, right near home on the Vineyard, Frame Center. Audrey Smith and Karen Merlino take my work the final step of the way, and their suggestions, judgement and the art of what they do complete the creative process. All that’s left now is to see if the general public likes the work. 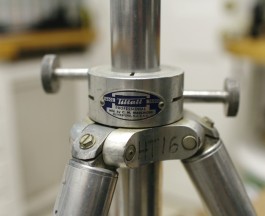 Ozzie Sweet, maybe the all-time numbers champ in terms of magazine cover photos died two weeks ago at age 94. I knew the name, but the obit by NY Times writer Bruce Weber was a mother lode of information. One of the three photos in the obit was a self-portrait from the 1980s, showing Sweet with a massive telephoto lens mounted on a Hasselblad, the rig supported on a tripod I recognized instantly – the Tiltall. That brought back a whole lot of memories since in the day, Tiltall was the definitive tripod. Made in New Jersey by the Marchioni Brothers and later licensed to Leitz for broader marketing, the Tiltall was beautifully made of machined aluminum, sturdy, durable, and with a full range of easy adjustments. I finally lost mine to the PanAm baggage system, and by then it had disappeared from the marketplace.

In writing this, I just discovered more about Tiltall, the Marchioni Brothers, and where the product has been and is now, courtesy of Gary Regester’s blog. FYI, you’ll learn more about Gary, whom I met 30 years ago and who was the first in the industry to come up with the collapsible soft-light bank.

A lot of media attention last week marked the 50th anniversary of The Feminine Mystique, written by Betty Friedan. And so time flies, since it was forty years ago, on the book’s 10th anniversary that I photographed Ms. Friedan for The Saturday Review, a magazine for which I shot many stories and a lot of covers. Working for SR was always interesting, and my range of assignments covered the arts, politics, even professional sports.

At the time of its publication, and for years to come, the book and author were household words. Here’s a very well-written appreciation of both, from New York Times critic Janet Maslin. Speaking personally, I can remember working in television at CBS in the ‘60s, when women were not permitted to wear pants, and I’m not talking about jeans …. Tailored. Wool . Pants. There were no women on the studio floor, except as makeup artists (and men were as common in that role). As women emerged into television production, I remember working with one technical director who after a difficult live broadcast (with a number of glitches) broke into tears once we were ‘dark.’ When I asked her why, her answer wasn’t about the mistakes she had made, but it was that I hadn’t yelled at her. There are a number of web sites featuring print ads from the post-war era that will give you a clear idea of how women were regarded by advertisers. Or, you can just watch Mad Men or reruns of Leave it to Beaver.

After you read through Janet Maslin’s piece, you may be drawn to the book, now much easier to find, since it has been reissued. In the past week, I’ve asked a number of women in their 30s and 40s if Betty Friedan’s name and The Feminine Mystique are recognizable to them… not one positive reply.