The folks at No Film School visited with Rosco’s Joel Svendsen at NAB 2015. Rosco had just taken the wraps off their new LitePad Vector – a more powerful LitePad unit, available soon! – and also showed off the LED Tape product, which will arrive in the coming months. Have a look at No Film School’s video for all the details:

We’re at NAB 2015 in the Dedolight Booth

As in many years previous, we’re in sunny Las Vegas at the NAB Show helping make people aware of new gear from Dedolight. We’d love to meet you if you’re in town! Come to booth C9835 and ask for Russ or Allen. And we’re in good company, as there’s lots of lovely gear also on display by our neighbors: Atomos, Red Rock Micro, Zacuto, and Zeiss. Looking forward to seeing you! 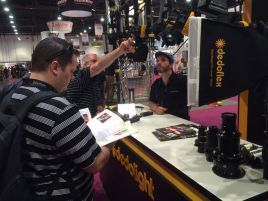 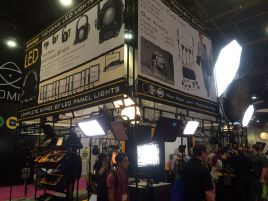 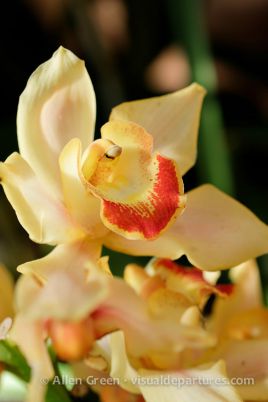 Many photographers dream of the chance to photograph beautiful live models—hundreds of them—each willing to pose without complaint until the shooters are satisfied with their results. It helps if the models are flowers, and in this case orchids.

Every year, the New York Botanical Garden puts on the country’s largest curated orchid show. Even if it’s freezing outside and the Garden’s extensive acreage is covered with snow, the crystal palace Conservatory plays hosts to thousands of visitors, the vast majority of them taking pictures with every level of camera – inexpensive point-and-shoots, iPhones and iPads, and the whole gamut of “big boy” digital cameras. The variety of cameras on display doesn’t quite exceed the variety of flowers… 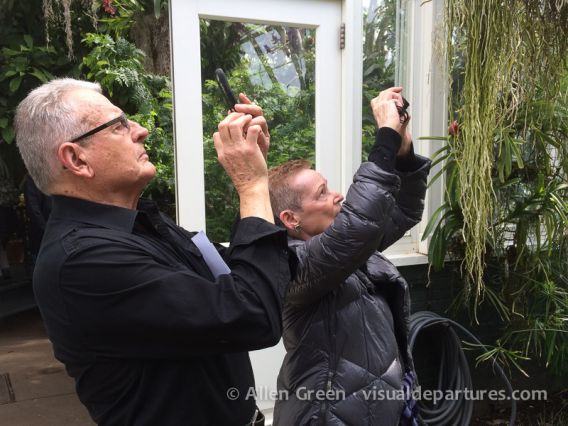 And what flowers they are. A word to the wise: once you arrive at the Conservatory, set aside a few minutes for your camera to acclimatize to the high humidity. Here’s an example of what happens if you rush the process. (Who needs VSCO filters when you’ve got Mother Nature?) 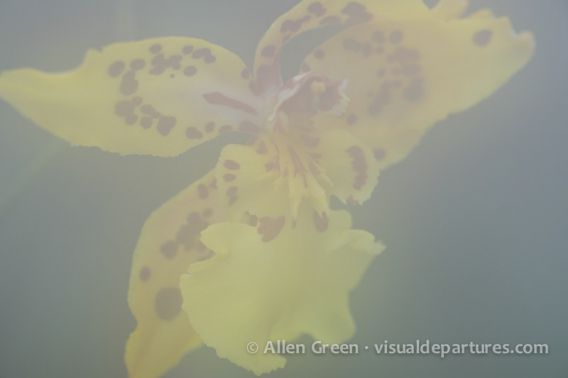 And sometimes, interesting images come not from the flowers on the stem, but the ones that have fallen into the reflecting ponds below. These are jade vine flowers — not technically an orchid, but a legume. They look positively otherworldly when they’re on the vine! 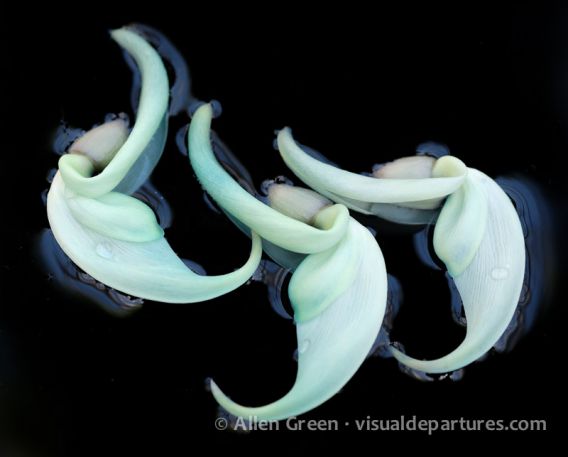 In two recent visits, I didn’t see a single film camera being used, and there’s no question that if we were still in the film era, there would be a much smaller number of photographers there. In fact, the number of linear feet of film produced by Kodak is down 96 percent from 2007, and GoPro has a market cap six times larger than Kodak. 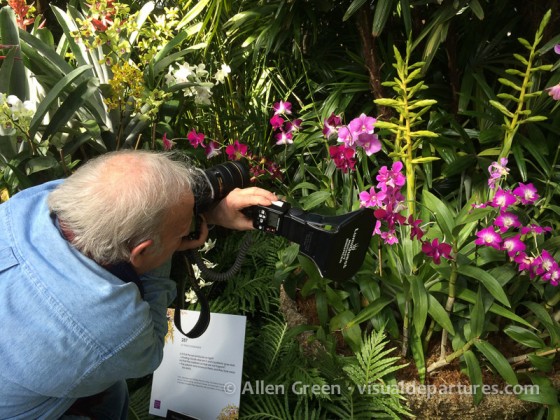 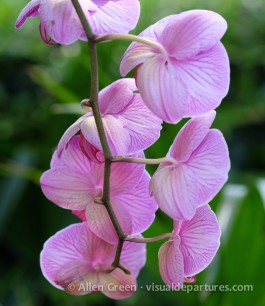 This year’s show closes shortly (April 19th), and I urge you to see it.

If you can’t make it, remember that the New York Botanical Garden is an extraordinary venue for photographers year-round.

While it may seem remote, set in the middle of the Bronx, it’s actually very easy to reach by mass transit or by car. A comfortable 20 minute ride on Metro-North’s Harlem line lets you leave the intensity of midtown Manhattan behind for a few hours. And who doesn’t need that, once in a while?