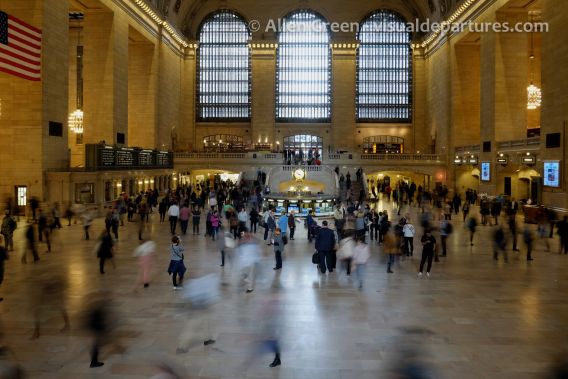 It seems that point-and-shoot cameras have become almost obsolete, now that mirrorless and compact zoom models have filled the gap between the iPhone and full-size DSLRs. We decided that a new Steadybag® was needed to give these new cameras the same kind of support and rock-steady imaging photographers have been getting for many years from our other Steadybags.

So here’s our SB-4, weighing just over a pound and measuring 9.5 x 5.5″. It fits in just about any case or shoulder bag. Whether you’re on a long trek or just shooting locally, image sharpness is one of the basics.

On a recent trip to New York City, I carried my Fuji X-E2 (never without it) along with the new Steadybag. Just as a quick test, I positioned the SB-4 on one of the marble railings overlooking the main concourse of Grand Central Station, set the camera on its lowest ISO and its smallest aperture, and here are the results. The exposure was around 4 seconds, and while the commuters were in motion (who in NYC ever stands still for that long), the rest of the image is tack-sharp. 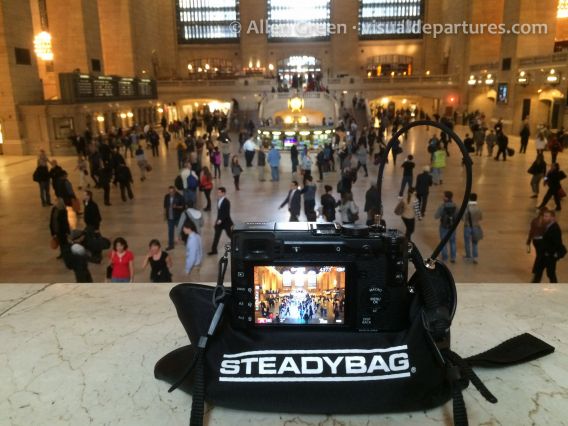 Some of the new ‘super zoom” compacts have lenses with optical zooms up to 65x (35mm equivalent of 1200mm or more), and I defy anyone to hand-hold at that magnification and come back with a really sharp image.

At PhotoPlus later this week in New York, I’m going to see just how well our new Steadybag performs with a range of the newest cameras… look for photos here.