David Burnett Has Switched from Canon to Sony, and Will Remain a Great Photographer

A major piece of news rocked the Internet this week (and best of all, it didn’t involve Donald Trump). Our dear friend David Burnett announced that he was trading in his Canon gear for Sony. Hear it in his own words:

CanonToSony 1 from David Burnett on Vimeo.

To “change horses” after 40 years is notable for any photographer, whether professional or amateur. Naturally, there were detractors who claimed Sony paid him off for the endorsement. I suppose they parked a dump truck full of money in his driveway, per standard operating procedure. Kidding aside, the fact remains that David continues to earn his living as he always has – by the images his hardware turns out (with some small contribution from the 8-9 inches of “bio-ware” right behind it.) It seems clear to me that David mentioned the switch for the same reason any of us might post a status update on his blog – he’s excited about what it means for the future, and he wants to share that feeling with us.

Over the years there have been posts right here on our blog about this same topic: Raj, our technology director, posted two widely-read guest blogs describing his experience switching from Canon to Fuji, and I posted my own impressions later that year when I traded in my oldest Nikons for a Fuji X-E2. Where, may I ask, were those dump trucks full of money, then?

Rather than standardizing on one system, I have preferred to choose what feels like the “right” camera or lens for the day, whether a Nikon D series, Fuji X, Canon G, Sony RX, or Apple iPhone. Just a different way of working; you could make a strident defense of either method. And if that interests you, you’ve come to the right place – the Internet, it turns out, is better suited for almost nothing more in Creation than holding vigorous, pointless arguments with total strangers. (Thank goodness for cute cat pictures, which seem to be the only thing everyone can still get behind.) 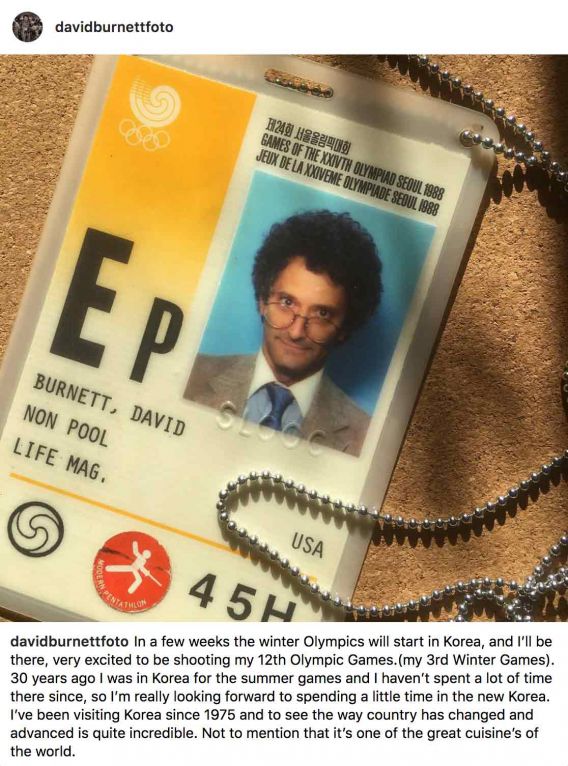 Now I’m not going to speak for David – who has continued to turn out world-class work as much as he ever has – but I wonder if his decision was influenced by the notion that it can be healthy for one’s creativity to change his tools after a certain amount of time. It doesn’t hurt that so much of the recent progress in photography has come out of Sony, both in terms of design and manufacturing. Their sensors have powered all of the Nikon D800 series, for instance, as well as many iPhones. It stands to reason that they’d hold some of their best stuff back for their own-brand cameras. Meanwhile, Canon admits that they’re not innovating as quickly as they should.

Aside from his new adventures in Sony land, I do hope that he’ll continue to use that big, beautiful Speed Graphic as well as anything, large or small, that lets him keep creating images that stun us, inspire us, and make us laugh.