Last month, I wrote about the Watergate hearings in Washington that led to Richard Nixon’s resignation and farewell. I remember being really burned out from the intensity of those final weeks in Washington and needing a complete change of scenery and assignment. That’s how I got to spend the better part of the following month in Idaho with my buddy David Burnett, covering Evel Knievel’s failed attempt to rocket across the Snake River Canyon. 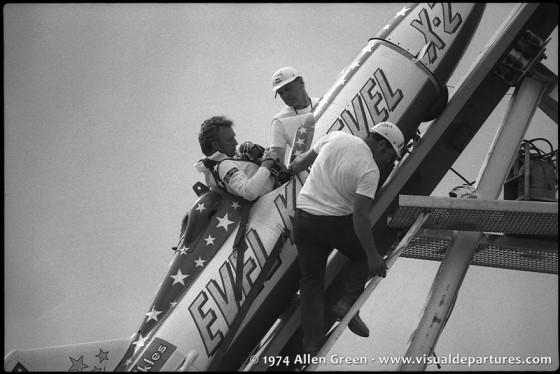 Every summer, there seems to be a wacky event or stunt that, by design or not, diverts the public’s attention from more urgent matters. Nixon was gone, but we were still deeply involved in Vietnam, although our combat forces had been withdrawn. And Evel Knievel fit the bill in late August and early September. Known for his stunts jumping motorcycles over ever-increasing numbers of obstacles, and breaking an ever-increasing number of bones in the process, the Snake River Canyon jump came from the Knievel’s collaboration with Bob Truax, a former aerospace engineer who conceived of a rocket-powered vehicle that would send Evel across the canyon. 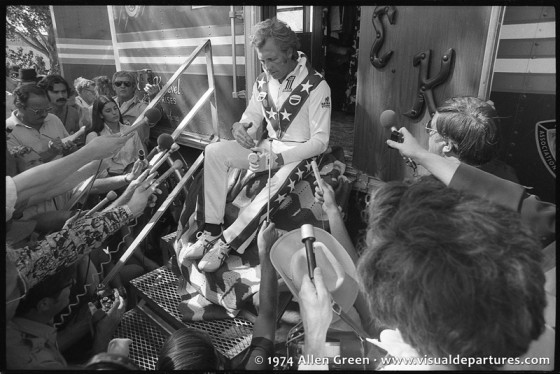 Then, as now, it was all about hype and publicity. So that by the time September 8, 1974 arrived, media coverage all over the world was focused on the canyon near Twin Falls, Idaho. Knievel would have like to jump the Grand Canyon, but the National Parks Service put an end to that idea. The Snake River Canyon site was actually leased by Knievel and his backers. The full story of Evel Knievel is very well covered in Wikipedia – definitely worth your reading. 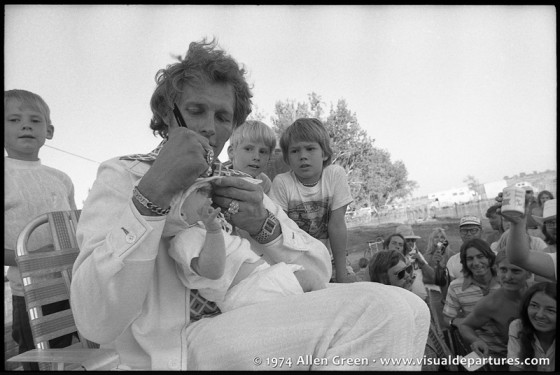 As it all turned out, the jump failed. After the launch, and at the midpoint of the Skycycle X-2’s trajectory, the vehicle’s drogue parachute deployed and Knievel floated down to the bottom of the canyon. Many reasons were given for the failure, but the one that seemed most believable was that Knievel had his hand on a ‘dead man’s switch’ and that his letting go of it just after launch was what deployed the chute. He always denied that, but any time such a heavily promoted stunt ends in failure, there’s no lack of scapegoats.

In a way, it was 1974’s version of Woodstock – many thousands of people, vast quantities of beer and controlled substances, but no rain and mud. And probably the single greatest number of motorcycles in one place in history. Knievel died in 2007, but lots of people who weren’t even born when he was performing still know the name and what he did.

Not long after, I was on my way to Cairo and other points in the Middle East for the rest of the year. More on that at another time…