I love movies, always have, and as a 50-year member of the Directors Guild, I get to see a lot of them. Every once in a while, a new film that I’ve heard absolutely nothing about suddenly appears and makes a lasting impression. So it is with Good Ol’ Freda, which I saw a couple of weeks ago at the Martha’s Vineyard Film Center.

We live on the Vineyard much of the year, and the Film Center is one of the best cultural attractions on the island. My wife and I mis-read the schedule and thought we were going to see Frances Ha, the new film by Noah Baumbach. But we were already at the theater and were very glad we stayed.

Good Ol’ Freda is a documentary, centered around Freda Kelly, who in 1962 was 17 and working in a typing pool in Liverpool when she was hired as the secretary to The Beatles, and later, to run their fan club. Then, and for all the years since, she never took advantage of her relationship to the group. But now in her 60s, still working as a secretary and a grandmother herself, Freda has let her story be told, along with some great interviews and a trove of vintage photos and film clips. There’s a lot of nostalgia for me just in looking at the way the press in England and the U.S. covered The Beatles in an era when state-of-the-art photography meant the Nikon F. 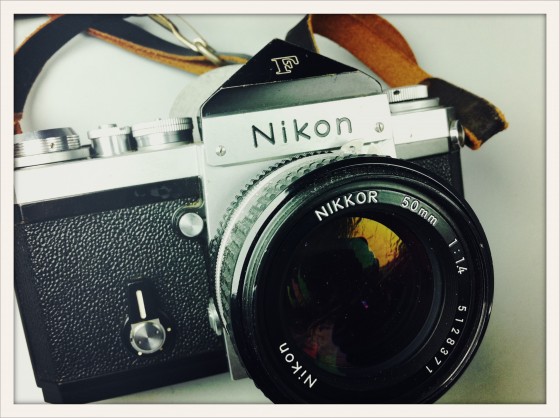 Ryan White directed the film, which had its premiere earlier this year, in Austin, at the SXSW Film Festival and has been playing  the festival circuit ever since. In short, this is a great movie and a wonderful story. When you look at the promotional materials for Good Ol’ Freda, note the sub-head below the title: “Behind a great band, there was a great woman.” I don’t know if the movie will get wide theatrical release, but see it if you can (or at least own it when it goes to video).